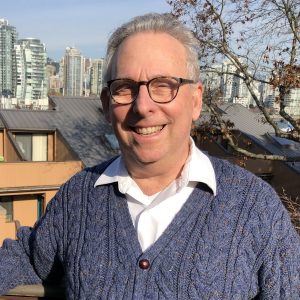 Mark J. Stein is a Research Associate at Vancouver School of Theology. His interests are in how members of one faith community can be of use to an other in its journeys, both individual and corporate. Primarily, the focus is on interactions between Jews and Christians, through conversation and through text. He is most interested in a (narrow) species of interfaith dialogue that is both efficacious in leading to a better world, populated by better Jews and better Christians, and asymmetric in being based on modes of interaction in which equal contributions need not be made by both parties. The space in which Christians and Jews reside is scaffolded by huge historical and power differences, as well as by markedly different approaches to text, to life, even to God. Mark is interested in further constructing that space by bringing Jews to the table with their standard tools of the trade (and in their Jewish-ness), and by opening up Christians to the gains that can be had by so interacting (in building their Christian-ness).

Mark holds a doctorate in linguistics, and focuses on the formal study of language: its semantics meaning structures, its conversational structuring and its written texts as a space allowing and encouraging productive interaction between people. He is a graduate of the Rabbinical Assembly of Ontario training school for prayer leaders, the School for Shamashim. Before coming to Vancouver, he served as an Interfaith Chaplain at Albany Medical Center in Upstate New York, and as the spiritual director of Temple Beth El, a small Conservative congregation in Troy, New York. He was a lecturer in English Linguistics at the Hebrew University of Jerusalem.