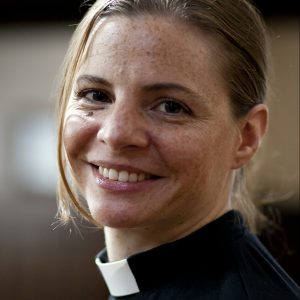 Jessica is an alumni of VST (M.Div.) and was ordained in the Anglican Church of Canada in 2008. Most recently she served as Rector at St. Paul’s in Vancouver’s West End and previously as assistant priest at St. James in Vancouver’s Downtown Eastside. She is a keen supporter and student of congregational development and of how to foster and cultivate the imagination for religious leadership. She is a “Fresh Start” facilitator – a program for clergy transition into new charges, a Provincial Synod council member for BC and Yukon, and was a co-organizer for a conference on preaching co-sponsored by the Diocese of New Westminster and VST in September 2017. Prior to ordination she worked for seven years in communications for the digital media industry in BC. She has an M.A. in Communications from McGill and a B.A. in English from UBC. She lives in East Vancouver with her husband Harry, daughter Madeleine and cats Jack and Jasper.