Venue: Online via Zoom - RSVP Below

Rabbi Abraham Joshua Heschel was one of the most remarkable and inspiring figures of the American 20th Century. He was a mentor to Martin Luther King, Jr and the entire Civil Rights Movement, a leading critic of the Vietnam War, a champion for Soviet Jews and a pioneer in the work of interfaith dialogue. 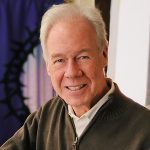 Martin Doblmeier holds degrees in Religious Studies, Broadcast Journalism and honorary degrees in Fine Arts and Humane Letters. Since 1984 he has produced and directed more than 30 films focused on religion, faith and spirituality. Martin combines a lifelong interest in religion with a passion for storytelling. Over the years he has traveled on location to more than forty countries to profile numerous religious leaders, spiritual communities, heads of state and Nobel Laureates. His films explore how belief can lead individuals to extraordinary acts, how spirituality creates and sustains communities and how faith is lived in extraordinary ways.

Zoom link is included in the RSVP confirmation email.