The Vancouver School of Theology is delighted to announce the selection of three outstanding individuals as 2020 honorary degree recipients.

This distinguished award is made to individuals who exemplify the values of VST, and who have made significant contributions through the integration of theology and practice of ministry in one or more of: theological scholarship, ecumenical dialogue, the life and ministry of the Christian community, and interdisciplinary scholarship involving theology with other fields. 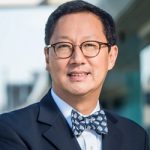 Prof. Santa Ono is the 15th President and Vice Chancellor of the University of British Columbia. Professor Ono is a thought leader in higher education and a highly accomplished researcher. He is also a dynamic leader who, in the Presidential role, significantly increased the profile of the University of Cincinnati. In his first three years, has already had a significant impact on the University of British Columbia. In addition to being a dynamic leader, Professor Ono is an accomplished world-class medical scientist. Professor Ono has made significant contributions to the Christian community in Canada and in the world, through his interdisciplinary scholarship involving theology and biology. All of these accomplishments stem from a desire to serve and help those around him. A common phrase to hear Professor Ono say is “who can I help” and he truly follows through to dig into problems and help make the world better. Professor Ono has struck a balance between his professional obligations as a university leader and his commitment to his faith. 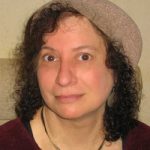 Rabbi Marcia Prager is a vibrant Jewish Renewal teacher, storyteller, artist, and therapist. She is Director and Dean of ALEPH Ordination Programs, a non-denominational Jewish Seminary. It is affiliated with ALEPH: Alliance for Jewish Renewal. She is Rabbi for the P’nai Or Jewish Renewal community of Philadelphia. The seminary integrates the theology of Kabbalah, progressive values, and traditional Judaism. Before Rabbi Prager became Dean, the program was a loose network of faculty mentors. Rabbi Prager envisioned something stronger, and with a shoe-string budget, recruited seven faculty partners. She now leads a carefully structured, well-respected program. Rabbi Prager is the author of The Path of Blessing, presenting the traditional Jewish practice of blessing God in an original way and showing that blessing God is an ecumenical spiritual practice of gratitude and awareness. She is a graduate of the Reconstructionist Rabbinical College and also received personal smicha from Rabbi Zalman Schachter-Shalomi z”l. In 2010 the Forward named Prager as one of the 50 Most Influential Women Rabbis. Rabbi Prager is a Rabbis Without Borders Fellow. 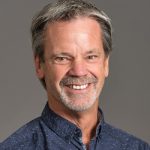 Reverend Douglas Goodwin was raised in Richmond, BC and ordained in 1980. He is one of the first Presbyterian graduates of VST. In his four decades of service, Doug has modelled the formation as a pastor-theologian that shaped him at VST. His ministry began in Elphinstone, MB and went on to the Omineca Pastoral Charge in northern BC where he became rooted in the daily gifts and struggles of rural ministry. His interest in evangelism and broadcasting brought him to the United Church where he worked with teams in producing radio and TV programming, producing the general meeting of the BC Conference, United Church General Council, as well as three World Council of Church Assemblies (Vancouver, Porto Alegre, Busan) and two World Communion of Reformed Church gatherings (Grand Rapids, Leipzig). Doug moved into leadership roles with the BC Conference of the United Church providing critical leadership, implementing new governance models, bringing financial stability and is known as a gifted innovative administrator.

VST’s primary mandate is to educate and form thoughtful, engaged and generous Christian leaders for the church in the 21st century. Among theological schools, VST is viewed as a change agent and an innovator for the church.

As an affiliated college of the University of British Columbia, VST is now ranked 39th globally and in the top 10 of most improved theological schools. The Vancouver School of Theology welcomes students from many Christian communions, other faith traditions and Indigenous communities, while celebrating its core relationships with the Anglican Church of Canada, Presbyterian Church in Canada and United Church of Canada.

These honorary degrees will be conferred during the Vancouver School of Theology’s upcoming Convocation Ceremony on May 12, 2020 at Christ Church Cathedral, Vancouver, 7 pm.

The Vancouver School of Theology acknowledge that the land on which they are located is the traditional, ancestral, and unceded territory of the xwməθkwəyəm (Musqueam) People.