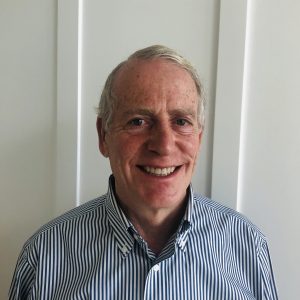 Russell was educated in England. At the age of eighteen, he travelled to India for six months to work with Mother Theresa’s Missionaries of Charity. Upon his return to the U.K., he attended Keble College at Oxford University where he obtained a Bachelor of Arts Degree in theology.

In 1983, Russell joined the 10 year old family business offering a management service to the business community. Over the next fourteen years, he and his brother (who jointly owned the company) grew their client base to annual revenues of $55 million with a workforce of 1,200.

After Russell and his brother sold their company, Russell and his wife, Gillian, moved to Vancouver (Gillian’s hometown). When asked why he decided to move here, Russell explains that he fell in love with British Columbia on the annual family holiday and he and his wife decided that our city would be a great place to work and raise their children. They have five children, three daughters and two sons.

In 1999 Russell joined Odlum Brown as an Investment Advisor.  He became a Director of Odlum Brown in 2013 and retired in June of 2019.  After retiring Gillian and Russell moved to Bowen Island.

Russell is very active in the Vancouver community through a variety of activities.  His is a Board Member of the Vancouver Opera Foundation, Health Arts Society and the Elektra Women’s Choir.  In addition, he is Chair of the Board of HIPpy, a charity created to address, alleviate and resolve issues around hip dysplasia in the young.

In his spare time, Russell skis and plays tennis, golf and the piano.