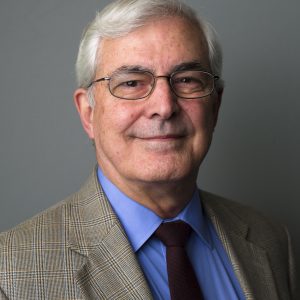 Ronald retired Dec. 31, 2012 as a priest of the Anglican Diocese of New Westminster and its Executive Archdeacon.  He studied at UBC 1965-68, earning a B.A. in English literature and history.  Seminary training, earning the equivalent of an MDiv., was at the Episcopal Theological College, Cambridge, Mass. from 1968-1971. This included courses each year at Harvard University and Weston Jesuit College.  Field placements were two years in a low-income parish, and one year at Mass. General Hospital.  One summer was spent doing formal Clinical Pastoral training at Trinity Hospital, Minot, ND, and another doing Biblical and archeological studies in Jerusalem and the region. Prior to becoming executive archdeacon, Ronald was a parish priest for 30 years, including St. Augustine’s, Marpole and St. Philip’s, Dunbar in Vancouver.  He served in many different leadership and service roles, and participated in a considerable number of continuing educational courses and activities.

Those relevant to this current role as a Foundation Director were:  Royal Canadian Navy officer training (Reserve), which included supply officer training at CFB Borden, Ontario summer 1968 in supply, administration and logistics; Banff Centre for Management – Planned Giving for Canadian Fundraising Professionals (1998) while chairing the Planned Giving Unit of the Diocese; chaired the Financial Development Committee of the Diocese 1988-91 and chaired the Anglican Initiatives Fund Steering Committee; nine years serving on the diocesan Administration and Finance Committee, including the budget sub-committee; nine years as a member of the national Anglican Pension Committee; served as an administrator of the Naval Officers Association of Canada’s Endowment Fund, helping to revive it from dormancy beginning in 1999; President of Camp Artaban Society 1982-87; President of Naval Officers Association of Canada 2005-07; other volunteer leadership roles that involved responsibility for funds. More recently was Chair of the Board of Governors of VST, having served on the Board prior to that, and continue on the Property Development Team of the School.