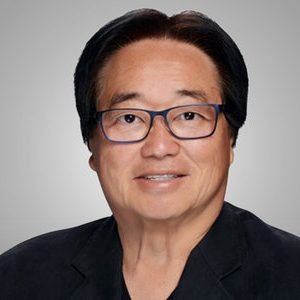 Dr. Randall Furushima graduated from McKinley High School in Honolulu. He earned his B.A. in English from the University of Hawaii at Manoa, his Master’s in Religious Education at Boston College, and his Ed.D. from Teachers College, Columbia University, with a focus on curriculum and teaching in the field of religion. He has taught for many years at PacRim, as well as the Vancouver School of Theology, the Pacific School of Religion at Berkeley, and Union Theological Seminary of New York. He is active in the national Society of Biblical Literature. He served as Dean of Student Affairs at Hawaii Loa College, and Director of Christian Education at four different churches on Oahu. He was one of the first staff members for New Hope Christiaan Fellowship on Oahu, an da founding pastor of Wellspring Covenant church in Aiea. He was also an Associate Conference Minister for the Hawaii Conference of the United Church of Christ, and a staff member in the national office of the United Church of Christ in New York City. Dr. Furushima is the co-founder of PacRim, starting as the founding dean of Pacific Rim Bible Institute in 1998. He later served as Academic Vice President, and then Dean & Executive Officer. He is now President Emeritus.