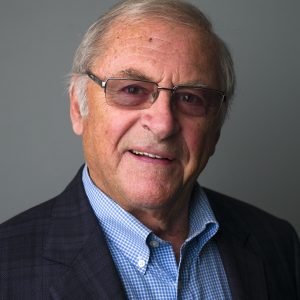 Michael Francis became involved with VST by joining the Turning Point Committee almost three years ago. The Committee was formed by the Board of Governors in order to deal with the financial realities, which were affecting the School. As a Chartered Accountant, it was hoped that Michael could bring accounting and analytical skills to the mix of disciplines assembled on the Committee. The Committee met frequently during a stressful period in the life of the School. Michael was very impressed by the dedication and competence of everyone he met at the School. He served on the Principal Search Committee which broadened his understanding of the School and its mission. When invited to join the Board of Governors he was flattered and keen to accept.

Michael’s background is business and the arts. He has chaired a variety of arts organizations and government arts agencies including The Vancouver Film Festival, The Playhouse Theatre Company, Vancouver City Council’s Committee on the Arts and BC Film and Media. His own artistic discipline is painting. Michael’s business activities include professional practice, venture capital investing and real estate development. He was a Director of Western International Broadcasting at the time when it was Canada’s largest private broadcaster. He Chaired the Board of Directors of BC Ferries and The BC Trade Development Corporation.  He recently completed a term as Chairman of the Board of Governors of Simon Fraser University and is Chairman Emeritus of SFU. Michael was honored by his profession in 2000 by being awarded the designation Fellow of the Institute of Chartered Accountants.

In  speaking with Perspectives, Michael said “Through this wide experience I have learned some things. I know that integrity matters and that only a wonderful team can achieve wonderful things. I believe that VST is at a good time in its long life. It, too, has learned a lot. We have what it takes to achieve our goals. There is a committed Board of Governors, an outstanding Principal, a respected faculty and an effective staff. In short, a wonderful team.”