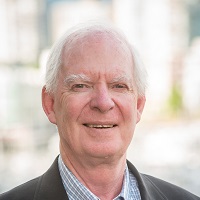 Ken Carty is Professor Emeritus of Political Science and the former Brenda & David McLean Chair in Canadian Studies at the University of British Columbia. He is a former Head of the Department, a Distinguished Scholar in Residence at the Peter Wall Institute of Advanced Studies and Director of UBC’s Centre for the Study of Democratic Institutions. He is a Past President of the Canadian Political Science Association.

Carty has been active as a consultant to both national and provincial Royal Commissions of Inquiry, the Canadian Broadcasting Corporation Ombudsman, and to the Chief Electoral Officer of Canada. He was appointed by the Speaker of the House of Commons to be a member of the 2002-03 federal Electoral Boundaries Commission for British Columbia, and during 2003-04 served as the Director of Research for the BC Citizens’ Assembly on Electoral Reform, an innovative exercise in citizen engagement.  He subsequently served as a senior consultant to Citizen Assemblies in The Kingdom of the Netherlands and the province of Ontario as well as to the Constitutional Convention of Ireland.

Carty’s scholarship has been primarily concerned with political parties and electoral systems and he has published widely on politics in Europe, Canada and Australia. His most recent co-authored book When Citizens Decide explored the place and capacity of Citizen Assemblies as deliberative institutions; his forthcoming Big Tent Politics: The Liberal Party’s Long Mastery of Canada’s Public Life will be published by UBC Press in 2015.