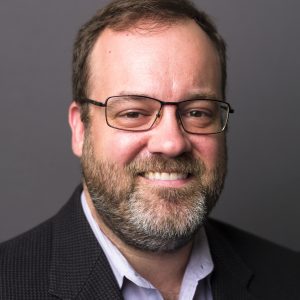 Jason Byassee is a full professor and the inaugural holder of the Butler Chair in Homiletics and Biblical Hermeneutics at the Vancouver School of Theology in British Columbia. His primary vocation is to reinvigorate today’s church with the best of ancient and contemporary wisdom for creatively faithful living.

At VST, he directs the summer school program and the school’s joint PhD program with Durham University in the United Kingdom. During his years at VST, only some 10% of schools accredited by the Association of Theological Schools (ATS) have actually grown in enrollment. VST is among that blessed few, increasing nearly 50% in course hours taken and 100% in enrollment.

He was previously senior pastor of Boone United Methodist Church in the Appalachian mountains of western North Carolina. There he directed eight other pastoral staff members, led a staff of sixteen, and pastored a congregation of 1500 from five worshiping communities. He has also served as pastor of a small, 80-person congregation in NC and as interim senior pastor at First Baptist Church in Vancouver, BC. He currently preaches weekly for Vancouver Chinese Presbyterian Church.

He studied at Davidson College and Duke University in his native North Carolina, and earned a Ph.D. in systematic theology from the latter in 2005. He is also a contributing editor to Christian Century magazine, where he served in Chicago as an assistant editor from 2004-2008. He has served previously as a Fellow in Theology and Leadership at Duke Divinity School and as a Research Fellow in the New Media Project at Union Theological Seminary in New York City. He has been a visiting fellow of St. John’s College and of the Department of Theology and Religion at Durham University.

He is the author or editor of eighteen books, including, most recently, Northern Lights: Resurrecting Church in the North of England and, with Ross Lockhart, Better than Brunch: Missional Churches in Cascadia (both with Cascade). His work has appeared in Christianity Today, Theology Today, Books & Culture, Sojourners, and First Things. He is editor of the projected nine-volume Pastoring for Life series with Baker Academic. His own book with Andria Irwin, Following: Embodied Discipleship in a Digital Age, has just been released in that series.

At Vancouver School of Theology he teaches subjects as various as preaching, biblical interpretation, leadership, church history, and writing. He has previously taught as an adjunct at Garrett-Evangelical Theological Seminary, North Park Theological Seminary, Northern Seminary, and Wheaton College. He has preached at churches as varied as Tenth Church (a multi-site megachurch with the Christian and Missionary Alliance), St. Gregory’s Armenian Orthodox Church, Canadian Memorial United Church of Canada, Duke Chapel, Christ Church Cathedral (Anglican), Durham Cathedral (UK), and a variety of congregations in Presbyterian, Mennonite, Plymouth Brethren, Pentecostal, and evangelical denominations. He has participated in theological education on four continents, including writing about churches in Kenya, South Sudan, Uganda and Rwanda and lecturing and preaching in Hong Kong, Indonesia, the Philippines, France, and the UK.

He is married to Jaylynn Warren Byassee, who is senior pastor of North Lonsdale United Church in North Vancouver, BC. Together they have three boys, ages 18, 16, and 14, who attend secondary schools in east Vancouver. Things break in their house.

Educational Background
I studied at Davidson College, did my Master of Divinity at Duke Divinity School, and got my Ph.D. in religion at Duke University.

Area of teaching specialty
I teach homiletics and biblical interpretation for the sake of the church’s life. I also do historical theology with an eye to how the minds and lives of the saints can help renew the church’s life today. I’ve also taught about writing, discerning God in popular culture, technology, and theological conversation between Jews and Christians.

What makes you passionate about teaching?
All teachers teach for that moment when students’ eyes come alive, when the penny drops, and they see things they couldn’t see before. Of course it happens just as often that the students see us teachers do the same. Jesus calls his students “friends,” and ever thereafter the line between teacher and taught has been thin indeed.

What inspires you about teaching at VST specifically?
I’m fascinated by how creative pastors and other faith leaders have to be to grow something in this part of post-Christendom North America.

What kind of student do you love having in your class?
Students haunted by Jesus, delighted by his habit of showing up in surprising places, being coopted by the Holy Spirit in God’s renewal of the cosmos (and this all may be happening while they’re perfectly unaware!).

Current academic projects
I am working on a book on technology with Andria Irwin, a student at VST. It is for a series I’m editing called Pastoring for Life, designed to be brief, accessible books for pastors and church leaders on crucial questions in what it means to be human in light of God’s incarnation in Christ (we all get born, make rites of passage, use technology, face disability, get sick, get old, and die. Cheerful!). I’m working on a book on missional churches in Cascadia (BC, Washington, and Oregon) with my VST colleague Ross Lockhart. And I’m working on speaking and writing out of research on my sabbatical in Durham, England on growing churches in the United Kingdom.

2018-19 was a good publishing year for me with four books. That will never happen in one year again…

What do you see the future holding for you in your academic profession?
The church is going to have to take back more of its theological and catechetical training from the academy where we’ve about ruined it.

What challenges do students face today that may represent new challenges with respect to changes in practices of education?
Nobody has figured out how precisely to do education via technology. We all know we have to incorporate distance and web-based ways of learning but nobody’s doing it quite right yet.

What gives you hope for church?
Jesus, and the reign of God he is soon bringing, signs of which are breaking out, if we have eyes to see.

What advise or guidance would you give to students thinking about coming to VST?
Don’t come if you don’t want to be challenged. Most schools talk about their theological diversity—we actually have it. And it’s scintillating, maddening, but never boring. Sort of like church.