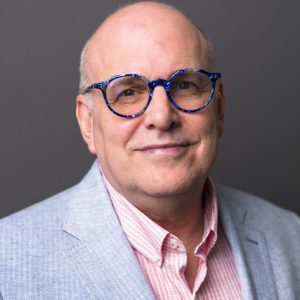 Dr. Harry O. Maier received a Bachelor of Arts degree from Pacific Lutheran University, a Master of Divinity degree from the Lutheran Theological Seminary, Saskatoon, and a Doctor of Philosophy degree from Oxford University.

He has served two parishes of the Evangelical Lutheran Church in Canada in Victoria and Delta, British Columbia. From 1991-93, he was a post-doctoral research fellow at Vancouver School of Theology and the University of British Columbia. He has been a full-time member of VST’s faculty since 1994.

Dr. Maier is a Fellow of the Alexander von Humboldt Foundation (University of Heidelberg, 1999-2000; 2004; Erfurt University 2012; 2017), was Father Edo Gatto Chair at St Francis Xavier University in 2003, a visiting Professor at the University of Exeter in 2009 and Martin Luther University, Halle in 2022 and has been a fellow of the Max Weber Center for Advanced Cultural and Social Studies at the University of Erfurt since 2012. In 2009/10 he was awarded with Robert Daum an Association of Theological Schools Collaborative Research Grant on the theme, “Disturbing Images: Reading Civic Ideals in early Judaism and ancient Christianity against the Backdrop of Roman Imperial Iconography”. He publishes in a variety of areas, including the representation of violence in Antiquity; ancient and contemporary apocalyptic theology; ecotheology and the New Testament; Roman imperial iconography and New Testament theology; the social meaning of clothing in Antiquity; Second Century Christianity — especially Ignatius of Antioch, the Shepherd of Hermas, and 1 Clement; heresy and Christian diversity in the 4th and 5th centuries; and spatiality and ancient Christianity. In 2009, when guest professor in Exeter he offered research on the use of the Book of Revelation in American Evangelical environmental ethics. He has published several monographs that include a study on the Book of Revelation (Apocalypse Recalled: The Book of Revelation after Christendom, 1991, reprinted 2002), an analysis of the later Pauline letters with the use of imperial imagery (Picturing Paul in Empire: Colossians, Ephesians, and the Pastoral Epistles against the Backdrop of Roman Imperial Iconography, 2013), and a study of the New Testament in its Roman context (New Testament Christianity in the Roman World, 2019). He has co-edited numerous volumes and journal volumes, that include Before Theological Study: A Thoughtful, Engaged, and Generous Approach (2021, co-edited with Ashley Moyse and Richard Topping). In the last three years he has published dozens of essays applying spatial studies to early Christianity. He is preparing together with Emiliano Urciuoli and Heidi Wendt the Oxford Handbook of the New Testament in the Roman Empire (forthcoming 2024). From 1 January to June 2022, he will be on sabbatical during which time he will be a Fellow at the Max Weber Centre for Advanced Cultural and Social Studies, University of Erfurt, Germany and will contribute to the DFG funded project, “Religion and Urbanity: Reciprocal Formations (https://urbrel.hypotheses.org/). During his sabbatical he will be catching up on his grading and writing a monograph dedicated to a study of second century Christianity from the perspective of social geography and urban studies, which he anticipates will be appear with Cambridge University Press.

Educational Background
Doctoral degree at Oxford University in 1987 and Master Divinity at the Lutheran Theological Seminar, Saskatoon in 1989.

Area of teaching specialty
I have two teaching specialties: New Testament Studies and Early Christian Studies (the history and theology of the church from 100 — 800 CE). Specifically I publish in the areas of Pauline studies and the social history of early Christianity. I’ve written books about the second century, the Book of Revelation, the relationship of imperial visual imagination and Paul’s letters, and postcolonial theory and the Bible. My  essays range from eco-theological readings of the Bible and the early church to the study of heresy in early Christianity to theological pedagogy.

What makes you passionate about teaching?
Good theology is always a matter of life and death. If it isn’t about that, it may be something else, but it is not good theology. What God offers the world is life and God’s teachers and theologians should be about God’s life in the world or find another job. That is where I begin. I’m passionate about bringing God’s word and the history of the people of God to life for the sake of the thriving of the church and world. I find engagement with students through lecture and classroom discussion as one of the most satisfying and life-giving aspects of my life. To see students come to life with new learning and insights is amongst the chief joys in my life. Since its start in 1970 VST has had a reputation for excellence and exacting standards in biblical studies. I am passionate about the Bible and humbled by the vocation of being a VST professor of New Testament studies that God has entrusted to me.

What inspires you about teaching at VST specifically?
The classroom must always be a place of life and death. It should be a place where not a single moment is wasted. It should also be a place of good humour, patience and kindness. VST has always inspired people to discover the particular ways in which God works in the lives of people and calls them to be courageous, daring, engaged and generous people who know how fully held they and the world are in God’s love. VST is unique for the way it encourages costly discipleship, a living relationship with God and immersion in the world. It stresses that all three must be present for any single one of those to exist. This is the way of incarnation and the path of living faith. Questions are welcome here. Answering those questions thoughtfully is critical but equally as important is asking them in a climate that is safe and that does not always know the answer before a query is placed. We are more interested in learning how to think about and bring good questions than how to come to quick answers or predetermined statements of belief.

What kind of student do you love having in your class?
I love students who have experienced life in its joys and challenges, who are serious about immersing themselves in study and who are willing to open themselves to God’s call upon their lives. Theological study at its best is a call to intimacy. It invites us to honest self reflection and to seek to see the world as it is and not how we want it to be. Those of us who have learned from the school of life well know what it is to be instructed by suffering and how to hold ourselves and those around us with care and tenderness. Smart students are good, but those who have been knocked around a little bit are best. Generally speaking they are the ones who know how to ask the best questions and wrestle with answers most faithfully.

Current academic projects?
My work typically unfolds at the intersection of scholarly disciplines. My research revels in crossing boundaries and the unexpected vistas that open up through the posing of new questions. Currently I am working on two books. “The New Testament in the Roman Empire,” scheduled to appear in 2017, explores the relationship of New Testament Christianity to imperial notion of the gods and the cosmos, the worship of the emperor, civic identity, household and family structures and medical and philosophical beliefs about the self. The second book, to appear in 2018, is called “Practising Spaces: Urban Space and Christian Identity in the Second Century” seeks to bring the disciplines of social geography to the study of the early church in order to learn how belief, physical space and daily practice created differing kinds of Christian identity in the period just after the New Testament, and how beliefs and practice also brought about a reimagining of the urban world of the Roman Empire. This project is geared toward contemporary Christian identity and invites us to consider how our own social and spatial contexts shape belief and practice and vice versa. I am also working away at publishing two volumes of collected essays relating to visualizing the divine the Roman Empire.

What do you see the future holding for you in your academic profession?
I love VST. The wonderful faculty and staff colleagues, the unique set of students drawn by to study with them, the holding up of serious and engaged academic study, and the gracious latitude the school offers me for conducting my research makes this the place where I plan on remaining for my academic career. I see a number of books on my horizon. Next in line after the next volumes in the works is a book on the Gospel of John which will be the fruit of over two decades of teaching on that beautiful, complex and rich writing. New Testament studies in general continue to explode disciplinary boundaries in the way it has since the canonical texts were first composed. Whatever happens it will be exciting and unpredictable in the way that God always is when inspiring new ideas and ways of imagining.

What challenges do students face today that may represent new challenges with respect to changes in practices of education?
When I went to seminary I was surrounded mostly by men who had just completed their first degrees and who were full time students. Students today are most likely not to be fresh out of university, mostly men, or full time. Increasingly they are part time, have other jobs, juggle children and engage enducation in a variety of formats (in class, on-line, intensive. etc). This means that a teacher must be adept with technology, be attentive to delivery, build good academic and professional partnerships with students to enhance their learning, be available and engaged. Students are learning as they go; theory and practice go hand in hand in a way that was not present when I did theological education in the 1980s. This makes for a much more holistic education. It requires a willingness to enter in wholeheartedly to theological education since it is costly from a personal and scheduling perspective. But its challenge is what makes it the most exciting because it is obvious that whatever happens in the classroom really matters.

What gives you hope for church?
God. It is God’s church and God loves the church fiercely and without condition. What God will do can never be anticipated. If God can raise sons and daughters of God from stones there is no predicting is going to happen. One thing is clear, when people have thought they knew what was going to happen they were invariably wrong. It is a reminder that the future is God’s and that what God gives us is the present moment to live as fully and as daringly as we can. Meister Eckhart once wrote, “The most important moment is now. The most important person is the one right in front of you. The most important work is love.” The long history of the people of God is a story of people seeking to love now, in the company of one another, with attention to love. This is always a way of death and resurrection – death to self and self-giving as joyous response to God’s work in our midst. Death is never easy and resurrection is never predictable. These are the two most certain things not only for the church but for anyone who seeks to walk on God’s way. God is at the start and God is at the end and God is in the middle. This is what gives me hope.