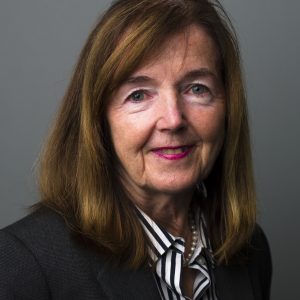 Frances is the Founder and President of Petrine Consulting Inc., a “niche” governance and oversight advisory service to boards and commissions with clients in Alberta, British Columbia and Ontario. Her early career included teaching in universities across Canada, administrative positions in health sciences, health policy, and public health review and reform in Ontario, Alberta and BC; and a brief senior consulting role with Price Waterhouse Inc. in Western Canada, which included development of two chapters of the BC Royal Commission on Health Care and Costs. While in Alberta, she served as a Governor on the Capital Health Authority Board, and Trustee of the University of Alberta Hospitals Foundation. Frances recently completed the ICD Crown Director course in Vancouver, for which she was referred to by the ICD, as a “seasoned director”. Past board and other official appointments in Ontario include Metro Toronto District Health Council, Director of Public Health Nursing in North York, Policy Director for the College of Nurses of Ontario, Ontario Health Goals Panel and most recently, the Board of Governors of Lakehead University, where she recently completed a 9 year term during which she sat on all standing committees and provided board leadership in key policy areas such as Research Ethics, Sexual Assault Response on Campus, and ESG based Responsible Investment Policy. She has just completed her term as Director on the Avalanche Canada Foundation Board, where she chaired the Governance Committee.

Joining the VST Board as an Anglican Appointee, Frances is an active member of Christ Church Cathedral in Vancouver, where she enjoys the community and spiritual honour to contribute as a Lay Administrator. She is also a self-proclaimed ambassador for VST based on her graduate student and course auditing experiences over the past years.