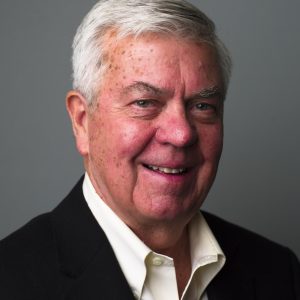 Douglas was born and raised in Vancouver and received his BA in Political Science from UBC. He subsequently received his LLB from the University of Toronto and his LLM from the London School of Economics. He was appointed Queen’s Counsel in 1995. He recently retired from Fasken Martineau DuMoulin (formerly Russell & DuMoulin) after 40 years of practice in civil litigation.

Douglas has been involved with a number of organizations over the past several years. He was Rector’s Warden at St Mary’s Kerrisdale and also served as co-chair of St Mary’s 2011 Centennial Committee. He has also served as a member of the Board of Governors of VST. Other community work includes Chair of the Hood Point Householders’ Society, a member of the Professional Committee of the United Way, a member of the Patrons’ Corp of the Seaforth Highlanders of Canada, and a Director of the Vancouver Recital Society.

Douglas, and his wife Kelly, now spend much of their time at their summer home at Hood Point, Bowen Island which they particularly enjoy when their three sons with their families join them there on holidays.

He is pleased to be considered as a member of the Board of Governors of the VST Foundation.