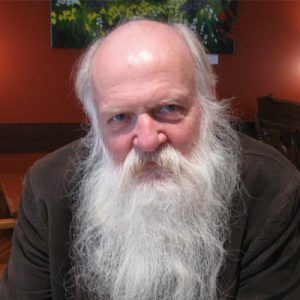 David Goa was the founding Director of the Chester Ronning Centre for the Study of Religion and Public Life, Augustana Campus, University of Alberta, Canada’s first Centre in a public university devoted to this subject (2003-2016). He teaches Religious Studies and Philosophy at The King’s University, Saint Stephen’s College, and Newman Theological College as well as through the Ephesus Project teaching in various prisons.

David has written numerous books including The Time of the Kingdom: Essays on the Joy of Spiritual Freedom, translated into Romanian by Florin-Toader Tomoioaga (2020),

Mantra: Hearing the Divine in India and America, Anno Domini: Jesus Through the Centuries, A Regard for Creation, and, The Christian Responsibility to Muslims and numerous essays on religious tradition and modern culture.

His memoir, In the Presence of Good Company and his regular podcasts, In Conversation along with videos, lectures, and publications may be found on his website at davidgoa.ca.