The conference is for change makers, for those who want to make a difference, for those who have a passion to see change and are willing to put in the work to make it happen. The goals of the event are to empower Indigenous young adults to make positive change, to give them the skills and tools to achieve their goals, to offer support in the development of their identities and visions, and to provide them with a platform to share their ideas and visions and build networks.

The goals of the conference will be achieved through the following means – mentorship and encouragement through keynote speakers and panels from indigenous role models and leaders. Networking among participants and workshop leaders. Leadership skill development – workshop leaders will provide young adults with sessions to build upon; equip with identity: speak truth, build up, share history and facts (treaties, laws, Indigenous, and secular). Strategies for leading others. Strategies for dealing with stress. Strategies for overcoming disappointment. Strategies for event planning. Strategies targeting personal growth and development. Media and technology.

Eligibility: Indigenous Young Adults 18-30, and must be a resident of British Columbia. The deadline to apply is June 7, 2022, and scholarships are available. 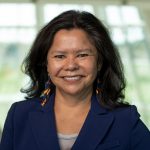 Dr. Jacqueline Ottmann is Anishinaabe (Saulteaux) from Fishing Lake First Nation in Saskatchewan. As of September 7th, 2021, Jacqueline became President of First Nations University of Canada. After spending 13 years at the University of Calgary where she held various scholarly and leadership responsibilities including Director of Indigenous Initiatives and Co-Chair of the Indigenous Strategy, she became the inaugural Vice-Provost Indigenous Engagement at the University of Saskatchewan and Professor. Ottmann is also the first Indigenous person to become President of the Canadian Study for the Society of Education. Jacqueline’s research interests include leadership, change management, organizational theories and practices, and strategic development.

Ottmann has been recognized as an international researcher, advocate, and change-maker whose purpose is to transform practices inclusive of Indigenous leadership, methodologies and pedagogies. Jacqueline is driven to create schools, organizations, and communities that foster a deeper sense of belonging and appreciation for Indigenous peoples – histories, stories, philosophies, knowledges, intellect, traditions, and lived experiences. 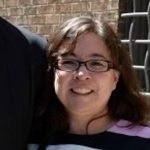 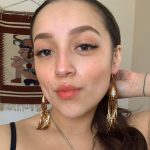 Veronica Fuentes is Second-Gen Salvadoran and Nakawe (Saulteaux) born, raised and based out of Edmonton. Her family comes from Yellow Quill First Nation, Treaty 4. Currently, Veronica works on the frontline of Edmonton’s inner city community as a grassroots organizer, artist, helper and advocate. Over the last couple years, Veronica has spent much of her time organizing around Climate Justice, Local housing justice, Solidarity and exploring what Indigenous Harm Reduction can look like in the urban center through various projects, community engagement and cultural sharing